Here Are the U.S. Cities Where Home Prices Rose and Fell the Most in 2022 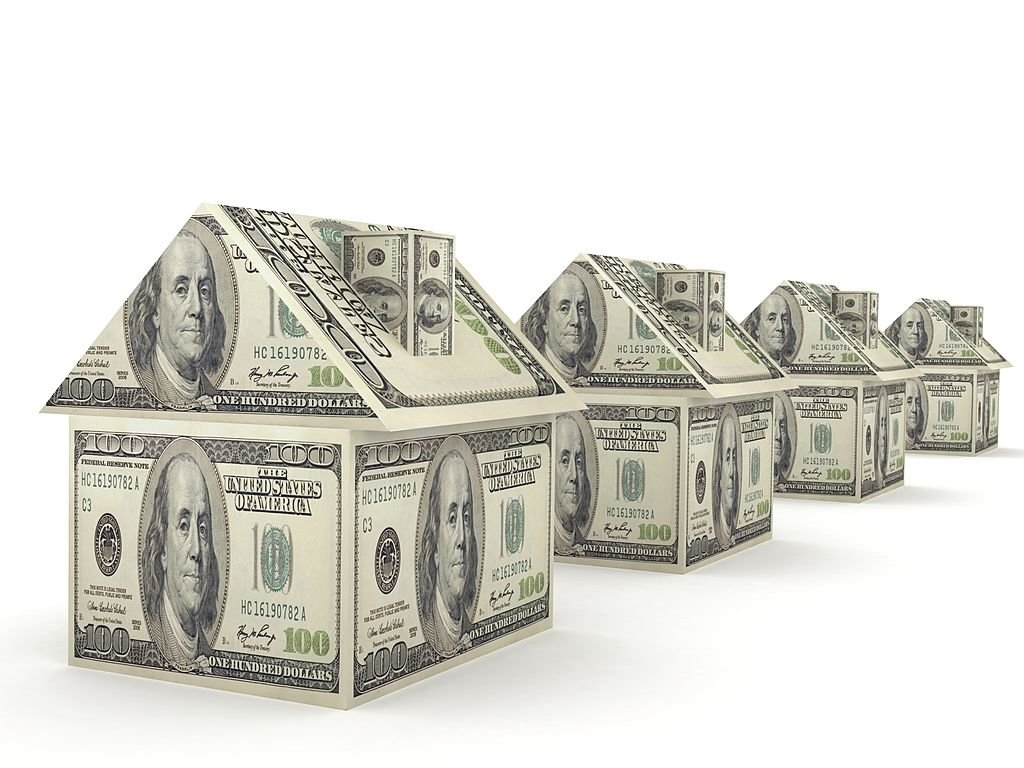 By any definition, 2022 was one wild, white-knuckle roller coaster of a year for real estate. Demand and home prices hit new highs, before abruptly turning in the opposite direction in response to higher mortgage interest rates.

With so much churn and fluctuation in markets across the U.S., it’s been a challenge all year to keep track of which places were up and which were down—the cities where prices remained near their peak and where they dipped the most. That’s why Realtor.com® crunched the numbers to come up with the definitive home pricing scorecard for 2022.

And there’s plenty at stake. For those who purchased a home earlier this year, the dip in prices in some areas could mean their home is worth less now than what they paid. For those who were priced out of homeownership, the same price declines could mean a renewed chance to finally snag a place.

And where prices remain high, those who have owned for more than a couple of years can revel in the mighty home equity they’ve gained. Those still looking for a home in the same areas will feel the pressure of high home costs.

What the numbers reveal is not a huge surprise, especially in the list of the metro areas that have fallen in price the most.

“It’s a who’s who of cities that became popular during the [COVID-19] pandemic,” says George Ratiu, Realtor.com® senior economist and manager of economic research. “These are destinations for people who were fleeing high-cost urban cities.”

Now, those areas are seeing prices that had risen the most coming back down to Earth.

“It’s the natural reaction to the sharp run-up in prices over the past couple of years now meeting the new, higher mortgage rates this year,” Ratiu says.

As for the markets that have held on to their price increases, Ratiu says they all have something in common: They’re all historically affordable locations, mostly in the middle of the country.

“They offer home buyers a lot of value,” says Ratiu.

They likely also benefited from another dynamic at play during the pandemic era: a spillover effect from markets that were hottest during the same period, but which now see prices plateauing or falling.

To determine our rankings, we looked at the year-over-year change in the median price per square foot for the 100 largest metro areas in the country on Realtor.com, from mid-December 2021 to mid-December 2022. Then we pulled out the five markets with the biggest year-over-year increase and the five markets with the biggest decrease. We limited our rankings to only the single largest increase and decrease per state, in order to ensure geographic diversity. (Metros include the main city and surrounding suburbs, towns, and smaller urban areas.)

Omaha has the biggest year-over-year price gains of any place on the list, rising from the median of $149 per square foot to $181. However, even with the 20%-plus increase in prices in just one year, it’s still relatively affordable compared with the rest of the country. Prices are about 15% below the national average of $212 a square foot.

Omaha is also halfway between Denver and Chicago and, Ratiu says, is a prime example of how midsized cities in the Midwest benefited from their proximity to larger places, especially those that had become frenzied markets during the pandemic.

“The markets where the most people were looking at home [listings] in Omaha were Chicago, Washington, DC, and Denver,” Ratiu says.

Jackson led the Deep South in year-over-year appreciation, rising more than 20%—but it’s still more than 30% below the national average.

Prices rose in the capital of Mississippi throughout the year, with a small dip in the middle of the year. It ultimately ended the year almost tied with Omaha for the biggest year-over-year increase in price per square foot.

This iconic Southern city has several fundamental strengths that add to its draw. In addition to being the capital of Mississippi and the seat of state government, it’s also home to Jackson State University and the University of Mississippi Medical Center, as well as a strong manufacturing industry. It’s also a hub of Southern culture, and the area is filled with antebellum mansions and historical sites.

For $320,000, home hunters can get a midcentury four-bedroom home in the Belhaven neighborhood, north of downtown Jackson, or a sprawling, ranch-style home farther in the Jackson suburbs.

Wichita, known as “The Air Capital of the World,” is the least expensive location on the list—a boon for buyers on a budget. The median listing price per square foot was more than 35% below the national average. And that’s after median listing prices rose by $60,000 over the past year.

Wichita is known for its aviation industry, with aerospace companies Learjet, Cessna, and Airbus located there.

The city offers a mix of the walkable urban center, with the Old Town entertainment district at the center, and lots of outdoor lifestyle activities, like hiking and biking, or getting out on the Arkansas River.

Buyers can find updated, three-bedroom, two-bathroom houses on almost a half-acre for just under $230,000. Or they can pick up a smaller, two-bedroom, one-bathroom house for about $135,o00.

An anchor of the Midwest, Milwaukee, located on the shores of Lake Michigan, has the highest median listing price per square foot of any city on the biggest-increases half of the list. But it’s still about 4% lower than the national figure. And with a median listing price of $374,900, Milwaukee is still cheaper than what buyers will find in much of the rest of the country.

For right around Milwaukee’s median home price, shoppers can get a Victorian four-bedroom home in the Bay View neighborhood, within walking distance from the Lake Michigan shore.

Arkansas’ capital, Little Rock, rounds out the biggest-increases list, still with more than 20% listing price per square foot gains over the past year.

Little Rock is home to the Clinton Presidential Center, the Arkansas Arts Center, and the Old State House Museum, the oldest state capitol building west of the Mississippi River. It’s also an educational hub of the South, with the University of Arkansas at Little Rock and Philander Smith College.

There was some homebuying spillover from nearby markets that became overheated during the pandemic, says Melanie Jackson, the broker and owner of Unlimited Properties Realty in Little Rock.

“People who would not normally have considered buying in or investing in Little Rock were gobbling things up. They were buying everything they could,” she says. “It was nice, as a listing agent, but hectic—and it was tough on the buyers.”

While the sustained higher prices mean equity gains for owners, Jackson says it’s been tough to watch as locals have been priced out, or priced out of what they wanted.

Boise was one of the hottest markets during the pandemic as an influx of former Californians moved in and builders rushed to put up more homes. List prices rose more than 70% between the beginning of 2020 and the middle of 2022.

The skyrocketing prices in Boise reflected the surge in demand for places that offered affordability, relative to big coastal metropolitan areas that many buyers were moving from.

Realtor.com economist Ratiu says it’s no surprise to see Boise leading the country in price declines since hiked interest rates put the brakes on the market.

“The run-up in prices in a place like Boise, where there was such an inflow of new buyers, was tremendous, [especially] when you look at the size of the market or the local incomes,” Ratiu says. “The prices were out of alignment.”

Many sellers have been forced to reduce their asking prices to attract buyers—a big departure from a year ago. The percentage of homes in the metro with price cuts were up 100.9%. The sellers of this updated, three-bedroom, two-bathroom house cut the price $56,000 to $449,000 since it went on the market in late November.

The Mile High City’s mile-high prices have come down some, as this pandemic destination’s red-hot market cools off.

Like Boise, Denver attracted a lot of newcomers who were fleeing urban areas that made Denver’s already above-average home prices look affordable. A perk for buyers were that the city and state are known for some of the lowest property taxes in the nation. That helped to keep monthly mortgage payments more manageable.

Home prices in Denver surged about 35% between the beginning of the pandemic and early in 2022. But like in other cities, home prices began to fall, and now are almost 6% below last year.

For around $600,000, home shoppers can find a two-bedroom bungalow built in 1905 in Denver’s coveted Highlands neighborhood.

California’s capital of Sacramento is the most expensive metro on the list, with homes around 50% above the national average.

However, it’s long been known for a relatively low cost of living and more relaxed lifestyle, compared with San Francisco, about an hour and a half southwest, where the median home list price in the metro was over $1 million in November.

Those lower prices in Sacramento helped the city to attract Californians fleeing higher prices in the Bay Area who could suddenly work remotely. That helped to give prices a hefty boost.

Prices rose more than 35% between the beginning of 2020 and mid-2022. But the real estate market has since cooled as higher mortgage rates have changed the affordability equation.

For just under $600,000, home shoppers can find a small, two-bedroom home in Sacramento’s Marshall School neighborhood, east of the Capitol Mall city center.

The Crescent City is the only Southern metro on the list of price declines, with prices down around 3% year over year.

That’s after prices in New Orleans went up around 30%. Home insurance costs in and around the storm-prone Big Easy are expected to rise in 2023, and the pandemic real estate frenzy has died down, helping to bring down prices.

Median listing prices in New Orleans are still about 15% below the national average. And for about the metro’s median price of $325,000, shoppers can find a three-bedroom home in the Central City neighborhood, southwest of the city’s famous Canal Street.

Chicago is the most populous metro on the list, and the one with the decline closest to flat for the year. That more modest home pricing decrease is a function of the Second City’s size and diversity, according to Nancy Nugent, the global real estate adviser and senior vice president at Jameson Sotheby’s International Realty.

“Chicago fares better because we have so many industries and multiple economies,” Nugent says.

Despite the modest declines, Nugent says she is still seeing plenty of activity in Chicago’s real estate market. It’s still relatively affordable compared with many other large cities.

“We’re climbing out of the COVID era, and people are coming back to the city,” she says. “There’s a real resurgence right now.”

Chicago home shoppers can get a two-bedroom condominium for around $320,000 in the city’s famous Lincoln Park.

This message is only visible to admins.
Problem displaying Facebook posts. Backup cache in use.
Click to show error
Error: Unsupported get request. Object with ID 'Existing Feed' does not exist, cannot be loaded due to missing permissions, or does not support this operation. Please read the Graph API documentation at https://developers.facebook.com/docs/graph-api Type: GraphMethodException